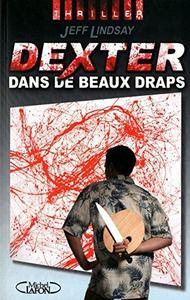 Dexter by Design (2009) is a mystery novel written by Jeff Lindsay. It is the fourth novel in the Dexter series, preceded by Darkly Dreaming Dexter (which formed the basis for the Showtime television series Dexter), Dearly Devoted Dexter, and Dexter in the Dark. Dexter by Design was released in the United Kingdom on February 19, 2009.
Read more or edit on Wikipedia