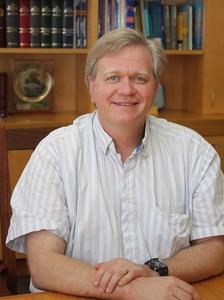 Brian Paul Schmidt (born 24 February 1967) is the Vice-Chancellor of the Australian National University (ANU). He was previously a Distinguished Professor, Australian Research Council Laureate Fellow and astrophysicist at the University's Mount Stromlo Observatory and Research School of Astronomy and Astrophysics. He is known for his research in using supernovae as cosmological probes. He currently holds an Australia Research Council Federation Fellowship and was elected a Fellow of the Royal Society (FRS) in 2012. Schmidt shared both the 2006 Shaw Prize in Astronomy and the 2011 Nobel Prize in Physics with Saul Perlmutter and Adam Riess for providing evidence that the expansion of the universe is accelerating, making him the only Montana-born Nobel laureate.
Read more or edit on Wikipedia

The distances to five Type II supernovae using the expanding photosphere method, and the value of H[SUB]0[/SUB] ( 1994 )