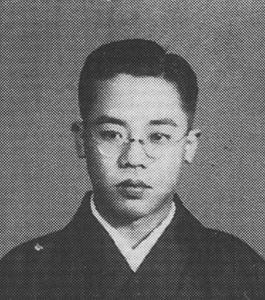 Seichō Matsumoto (松本 清張, Matsumoto Seichō, December 21, 1909 – August 4, 1992; born Kiyoharu Matsumoto) was a Japanese writer, credited with popularizing detective fiction in Japan. Matsumoto's works broke new ground by incorporating elements of human psychology and ordinary life. His works often reflect a wider social context and postwar nihilism that expanded the scope and further darkened the atmosphere of the genre. His exposé of corruption among police officials and criminals was a new addition to the field. The subject of investigation was not just the crime but also the society affected.Although Matsumoto was a self-educated prolific author, his first book was not printed until he was in his forties. In the following 40 years, he published more than 450 works. Matsumoto's work included historical novels and non-fiction, but it was his mystery and detective fiction that solidified his reputation as a writer internationally. Credited with popularizing the genre among readers in his country, Matsumoto became Japan's best-selling and highest earning author in the 1960s. His most acclaimed detective novels, including Ten to sen (1958; Points and Lines, 1970); Suna no utsuwa (1961; Inspector Imanishi Investigates, 1989) and Kiri no hata (1961; Pro Bono, 2012), have been translated into a number of languages, including English. He received the Akutagawa Prize in 1952, the Kikuchi Kan Prize in 1970, and the Mystery Writers of Japan Award in 1957. He served as president of the Mystery Writers of Japan from 1963 to 1971. Matsumoto also collaborated with film director Yoshitarō Nomura on adaptations of eight of his novels to film, including Castle of Sand.
Read more or edit on Wikipedia