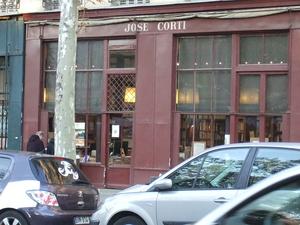 José Corti is a book shop and publishing house located in Paris, France, and was founded in 1925. It is named after its founder, José Corticchiato (14 January 1895 – 25 December 1984). José Corticchiato started his business by publishing the work of his surrealist friends, including André Breton, Paul Éluard, and Louis Aragon. José Corti's book shop is located in the Latin Quarter in Paris, at 11 Rue Médicis, 75006 Paris (VIème). The firm was the lifelong publisher of French author Julien Gracq, and owns the publishing rights to Jan Potocki's masterpiece The Manuscript Found in Saragossa. Its motto is Rien de Commun, which means "Nothing Commonplace".
Read more or edit on Wikipedia