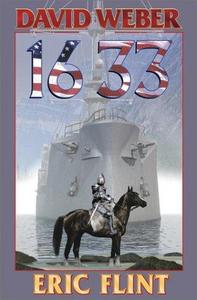 1632 is the initial novel in the best-selling alternate history 1632 book series written by American historian, writer and editor Eric Flint published in 2000. The flagship novel kicked off a collaborative writing effort that has involved hundreds of contributors and dozens of authors. The premise involves a small American town of three thousand, sent back to May 1631, in an alternate Holy Roman Empire during the Thirty Years' War.
Read more or edit on Wikipedia