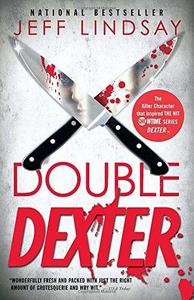 Double Dexter is the sixth novel written by Jeff Lindsay, and the sixth book in the 'Dexter Morgan' book series about a serial killer who targets serial killers. The book was released on October 18, 2011. The Telegraph said of the book, "Hilariously gruesome finale....All this ought to be gross nonsense but Jeff Lindsay’s cynical wit makes it fly". The Orlando Sentinel called it the best book of the series yet, saying the book "takes a tremendous leap forward as the author utilizes believable storytelling and large doses of dark humor" and "strongest outing as he richly delves into Dexter's very scarred psyche".
Read more or edit on Wikipedia