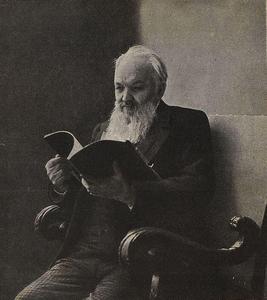 Aleksei Sergeyevich Suvorin (Russian: Алексей Сергеевич Суворин, 11 September 1834, Korshevo, Voronezh Governorate – 11 August 1912, Tsarskoye Selo) was a Russian newspaper and book publisher and journalist whose publishing empire wielded considerable influence during the last decades of the Russian Empire. He set out as a liberal journalist but, like many of his contemporaries, he experienced a dramatic shift in views, gradually drifting towards nationalism.
Read more or edit on Wikipedia