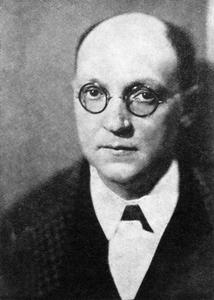 Georges Duhamel (; French: [dy.amɛl]; 30 June 1884 – 13 April 1966) was a French author, born in Paris. Duhamel trained as a doctor, and during World War I was attached to the French Army. In 1920, he published Confession de minuit, the first of a series featuring the anti-hero Salavin. In 1935, he was elected as a member of the Académie française. He was nominated for the Nobel Prize in Literature twenty-seven times. He was also the father of the musicologist and composer Antoine Duhamel.
Read more or edit on Wikipedia