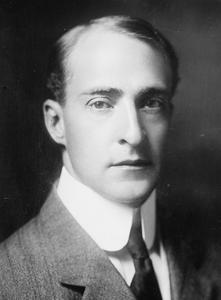 Winthrop Ames (November 25, 1870 – November 3, 1937) was an American theatre director and producer, playwright and screenwriter. For three decades at the beginning of the 20th century, Ames was an important force on Broadway, whose repertoire included directing and producing Shakespeare and classic plays, new plays, and revivals of Gilbert and Sullivan's Savoy operas.
Read more or edit on Wikipedia