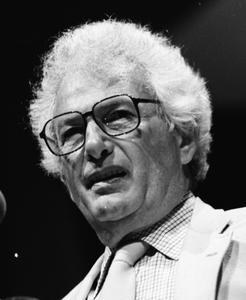 Joseph Heller (May 1, 1923 – December 12, 1999) was an American author of novels, short stories, plays, and screenplays. His best-known work is the 1961 novel Catch-22, a satire on war and bureaucracy, whose title has become a synonym for an absurd or contradictory choice.
Read more or edit on Wikipedia