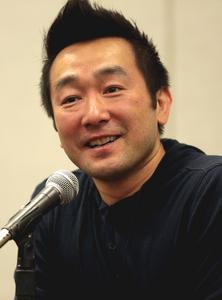 Wesley Chu (朱恆昱) (born September 23, 1976, in Taipei) is a #1 New York Times Bestselling science fiction author. He was originally raised by his grandparents in Taiwan while his parents were studying in the United States. In 1982, he joined his parents in Lincoln, Nebraska, later settling in Chicago in 1990. He received a degree in management information systems from the University of Illinois, worked consulting jobs, then spent ten years in the banking industry. He has acted in film and television, and has also worked as a stuntman.Chu's first novel, The Lives of Tao, was submitted in 2011 to Angry Robot Books as part of their "Open Door" process, and published in 2013. It was selected as one of the 2014 Alex Awards winners. Chu became a full-time writer in 2014. He was nominated for the John W. Campbell Award for Best New Writer in 2014 and 2015, winning the second time. Chu has signed a contract with Angry Robot Books for a new series, continuing the Tao series. His novel Time Salvager was optioned to Paramount, with Michael Bay attached to direct.In 2019, Chu debuted #1 on the New York Times Bestseller list with The Red Scrolls of Magic.Robert Kirkman tapped Chu to write the first The Walking Dead novel set in Asia, titled The Walking Dead: Typhoon.
Read more or edit on Wikipedia