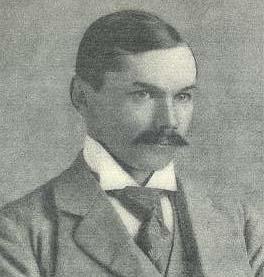 Frederik Willem van Eeden (3 April 1860, Haarlem – 16 June 1932, Bussum) was a late 19th-century and early 20th-century Dutch writer and psychiatrist. He was a leading member of the Tachtigers and the Significs Group, and had top billing among the editors of De Nieuwe Gids (The New Guide) during its celebrated first few years of publication, starting in 1885.
Read more or edit on Wikipedia