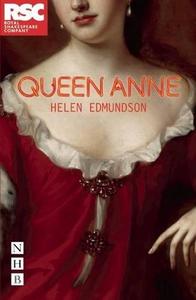 Queen Anne is a 2015 play by the British playwright Helen Edmundson on the life of Anne, Queen of Great Britain. It is set between just before her accession in 1702 and her husband George's death in 1708 and centres on the relationship between Anne and her close friend Sarah, Duchess of Marlborough, by whom Anne was heavily influenced in the period before and during her reign. It was premiered at the Swan Theatre, Stratford-upon-Avon by the Royal Shakespeare Company from November 2015 until January 2016, directed by Natalie Abrahami. It made its London premiere from 30 June to 30 September 2017 at the Theatre Royal Haymarket with Cunniffe reprising her role as Anne and Romola Garai as Sarah.
Read more or edit on Wikipedia