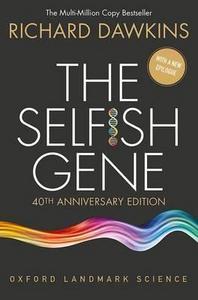 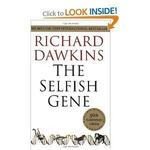 The Selfish Gene is a 1976 book on evolution by the biologist Richard Dawkins, in which the author builds upon the principal theory of George C. Williams's Adaptation and Natural Selection (1966). Dawkins uses the term "selfish gene" as a way of expressing the gene-centred view of evolution (as opposed to the views focused on the organism and the group), popularising ideas developed during the 1960s by W. D. Hamilton and others. From the gene-centred view, it follows that the more two individuals are genetically related, the more sense (at the level of the genes) it makes for them to behave selflessly with each other. A lineage is expected to evolve to maximise its inclusive fitness—the number of copies of its genes passed on globally (rather than by a particular individual). As a result, populations will tend towards an evolutionarily stable strategy. The book also introduces the term meme for a unit of human cultural evolution analogous to the gene, suggesting that such "selfish" replication may also model human culture, in a different sense. Memetics has become the subject of many studies since the publication of the book. In raising awareness of Hamilton's ideas, as well as making its own valuable contributions to the field, the book has also stimulated research on human inclusive fitness.In the foreword to the book's 30th-anniversary edition, Dawkins said he "can readily see that [the book's title] might give an inadequate impression of its contents" and in retrospect thinks he should have taken Tom Maschler's advice and called the book The Immortal Gene.In July 2017, a poll to celebrate the 30th anniversary of the Royal Society science book prize listed The Selfish Gene as the most influential science book of all time.
Read more or edit on Wikipedia