A Series of Unfortunate Events

A Series of Unfortunate Events is a series of thirteen children's novels written by American author Daniel Handler under the pen name Lemony Snicket. The books follow the turbulent lives of Violet, Klaus, and Sunny Baudelaire. After their parents' death in a fire, the children are placed in the custody of a murderous relative, Count Olaf, who attempts to steal their inheritance and, later, orchestrates numerous disasters with the help of his accomplices as the children attempt to flee. As the plot progresses, the Baudelaires gradually confront further mysteries surrounding their family and deep conspiracies involving a secret society known as V.F.D., with connections to Olaf, their parents, and many other relatives. The series is narrated by Lemony Snicket, who dedicates each of his works to his deceased love interest, Beatrice, and often attempts to dissuade the reader from reading the Baudelaires' story. Characterized by Victorian Gothic tones and absurdist textuality, the books are noted for their dark humor, sarcastic storytelling, and anachronistic elements, as well as frequent cultural and literary allusions. They have been classified as postmodern and metafictional writing, with the plot evolution throughout the later novels being cited as an exploration of the psychological process of the transition from the idyllic innocence of childhood to the moral complexity of maturity. Likewise, the final installments of the series are also acknowledged for their increasingly intricate ethical ambiguity toward philosophical ambivalence, as the nature of some of the Baudelaires' actions becomes increasingly harder to discern from those of their antagonist counterparts and more characters are revealed to be responsible for permanent wrongdoing, despite their identification with the self-proclaimed good side of the tale.Since the release of the first novel, The Bad Beginning, in September 1999, the books have gained significant popularity, critical acclaim, and commercial success worldwide, spawning a film, a video game, assorted merchandise and a television series on Netflix. The main thirteen books in the series have collectively sold more than 60 million copies and have been translated into 41 languages. Several companion books set in the same universe of the series have also been released, including Lemony Snicket: The Unauthorized Autobiography, The Beatrice Letters and the noir prequel tetralogy All the Wrong Questions, which chronicles Snicket's childhood.
Read more or edit on Wikipedia 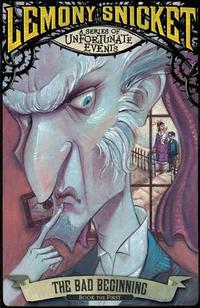 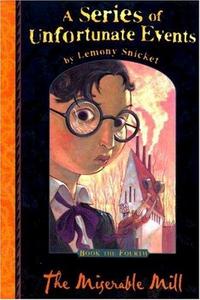