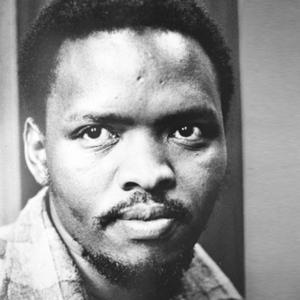 Bantu Stephen Biko (18 December 1946 – 12 September 1977) was a South African anti-apartheid activist. Ideologically an African nationalist and African socialist, he was at the forefront of a grassroots anti-apartheid campaign known as the Black Consciousness Movement during the late 1960s and 1970s. His ideas were articulated in a series of articles published under the pseudonym Frank Talk. Raised in a poor Xhosa family, Biko grew up in Ginsberg township in the Eastern Cape. In 1966, he began studying medicine at the University of Natal, where he joined the National Union of South African Students (NUSAS). Strongly opposed to the apartheid system of racial segregation and white-minority rule in South Africa, Biko was frustrated that NUSAS and other anti-apartheid groups were dominated by white liberals, rather than by the blacks who were most affected by apartheid. He believed that well-intentioned white liberals failed to comprehend the black experience and often acted in a paternalistic manner. He developed the view that to avoid white domination, black people had to organise independently, and to this end he became a leading figure in the creation of the South African Students' Organisation (SASO) in 1968. Membership was open only to "blacks", a term that Biko used in reference not just to Bantu-speaking Africans but also to Coloureds and Indians. He was careful to keep his movement independent of white liberals, but opposed anti-white hatred and had white friends. The white-minority National Party government were initially supportive, seeing SASO's creation as a victory for apartheid's ethos of racial separatism. Influenced by the Martinican philosopher Frantz Fanon and the African-American Black Power movement, Biko and his compatriots developed Black Consciousness as SASO's official ideology. The movement campaigned for an end to apartheid and the transition of South Africa toward universal suffrage and a socialist economy. It organised Black Community Programmes (BCPs) and focused on the psychological empowerment of black people. Biko believed that black people needed to rid themselves of any sense of racial inferiority, an idea he expressed by popularizing the slogan "black is beautiful". In 1972, he was involved in founding the Black People's Convention (BPC) to promote Black Consciousness ideas among the wider population. The government came to see Biko as a subversive threat and placed him under a banning order in 1973, severely restricting his activities. He remained politically active, helping organise BCPs such as a healthcare centre and a crèche in the Ginsberg area. During his ban he received repeated anonymous threats, and was detained by state security services on several occasions. Following his arrest in August 1977, Biko was beaten to death by state security officers. Over 20,000 people attended his funeral. Biko's fame spread posthumously. He became the subject of numerous songs and works of art, while a 1978 biography by his friend Donald Woods formed the basis for the 1987 film Cry Freedom. During Biko's life, the government alleged that he hated whites, various anti-apartheid activists accused him of sexism, and African racial nationalists criticised his united front with Coloureds and Indians. Nonetheless, Biko became one of the earliest icons of the movement against apartheid, and is regarded as a political martyr and the "Father of Black Consciousness". His political legacy remains a matter of contention.
Read more or edit on Wikipedia