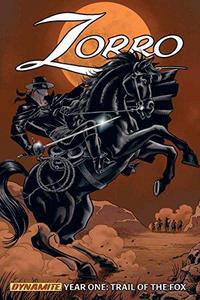 Zorro is a 2005 novel by Chilean author Isabel Allende. Its subject is the pulp hero Diego de la Vega, better known as El Zorro (The Fox), who was featured in an early 20th-century novel. The novel takes the form of a biography and was the first origin story for this legendary character. In terms of material, it is a prequel to Johnston McCulley's 1919 novella The Curse of Capistrano, which first featured the character of Zorro. The story incorporates details from a variety of works that have featured the pulp hero, including the 1998 film The Mask of Zorro.
Read more or edit on Wikipedia