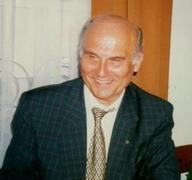 Ryszard Kapuściński (Polish: [ˈrɨʂart kapuɕˈt͡ɕij̃skʲi] (listen); 4 March 1932 – 23 January 2007) was a Polish journalist, photographer, poet and author. He received many awards and was considered a candidate for the Nobel Prize in Literature. Kapuściński's personal journals in book form attracted both controversy and admiration for blurring the conventions of reportage with the allegory and magical realism of literature. He was the Communist-era Polish Press Agency's only correspondent in Africa during decolonization, and also worked in South America and Asia. Between 1956 and 1981 he reported on 27 revolutions and coups, until he was fired because of his support for the pro-democracy Solidarity movement in his native country. He was celebrated by other practitioners of the genre. The acclaimed Italian reportage-writer Tiziano Terzani, Colombian writer Gabriel García Márquez, and Chilean writer Luis Sepúlveda accorded him the title "Maestro".Notable works include Jeszcze dzień życia (1976; Another Day of Life), about Angola; Cesarz (1978; The Emperor, 1983), about the downfall of Ethiopian ruler Haile Selassie, also considered to be a satire of Communist Poland; Wojna futbolowa (1978; The Soccer War, 1991), an account of the 1969 conflict between Honduras and El Salvador, and other stories from the life of the reporter in Africa and Latin America; Szachinszach (1982; Shah of Shahs, 2006) about the downfall of the last Shah of Persia; Imperium (1993) an account of his travels through the collapsing Soviet Union; Heban (1998), later published in English as The Shadow of the Sun (2001), the story of his years in Africa; and Podróże z Herodotem (2004; Travels with Herodotus), in which he ponders over relevance of The Histories by Herodotus to a modern reporter's job. Source: Wikipedia (en)