Sewall Green Wright FRS(For) HFRSE (December 21, 1889 – March 3, 1988) was an American geneticist known for his influential work on evolutionary theory and also for his work on path analysis. He was a founder of population genetics alongside Ronald Fisher and J. B. S. Haldane, which was a major step in the development of the modern synthesis combining genetics with evolution. He discovered the inbreeding coefficient and methods of computing it in pedigree animals. He extended this work to populations, computing the amount of inbreeding between members of populations as a result of random genetic drift, and along with Fisher he pioneered methods for computing the distribution of gene frequencies among populations as a result of the interaction of natural selection, mutation, migration and genetic drift. Wright also made major contributions to mammalian and biochemical genetics.
Read more or edit on Wikipedia 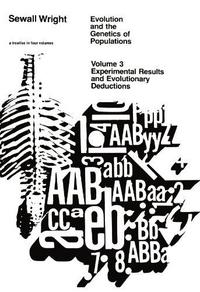 Evolution and the Genetics of Populations, Volume 3

corrigendum to 1931 paper on evolution by Sewall Wright