Wil (Willibrord Joseph) Huygen (23 June 1922 – 14 January 2009) was a Dutch book author. He is best known for the picture books on gnomes, illustrated by Rien Poortvliet.Huygen was born in Amersfoort, the Netherlands. The seventh of ten children, his primary occupation was that of a physician. He was married and had five children. The first book in his picture book series is Gnomes (published in 1977, and originally known as Leven en werken van de Kabouter in Dutch). It was on top of the bestseller list of the New York Times for over a year. In the second book (De oproep der Kabouters) both Huygen and Poortvliet make appearances themselves in both the story and the illustrations as they get contacted by the gnomes because of Gnomes book they have written together. Huygen died on 14 January 2009 in Bilthoven. He was 86 years old.
Read more or edit on Wikipedia

The Secret Book of Gnomes

series of books about Gnomes, written by Wil Huygen and illustrator Rien Poortvliet 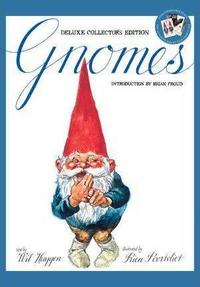 1976 book by Wil Huygen and illustrated by Rien Poortvliet 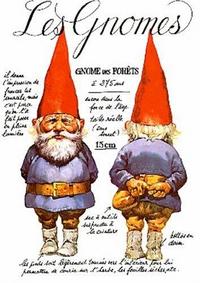