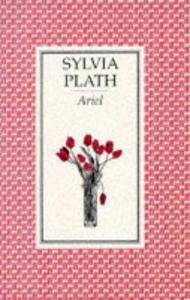 Ariel was the second book of Sylvia Plath's poetry to be published. It was originally published in 1965, two years after her death by suicide. The poems in the 1965 edition of Ariel, with their free flowing images and characteristically menacing psychic landscapes, marked a dramatic turn from Plath's earlier Colossus poems.In the 1965 edition of Ariel, Ted Hughes changed Plath's chosen selection and arrangement by dropping twelve poems, adding twelve composed a few months later and shifting the poems' ordering, in addition to including an introduction by the poet Robert Lowell. Having Lowell write the introduction to the book was appropriate, since, in a BBC interview, Plath cited Lowell's book Life Studies as having had a profound influence over the poetry she was writing in this last phase of her writing career. In the same interview, Plath also cited the poet Anne Sexton as an important influence on her writing during this time since Sexton was also exploring some of the same dark, taboo, personal subject matter that Plath was exploring in her writing.In 2004, a new edition of Ariel was published which for the first time restored the selection and arrangement of the poems as Plath had left them; the 2004 edition also features a foreword by Plath and Hughes' daughter Frieda Hughes.
Read more or edit on Wikipedia