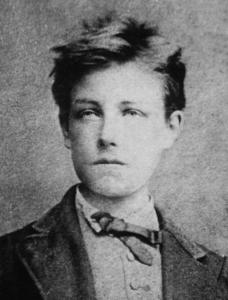 Illuminations is an incomplete suite of prose poems by the French poet Arthur Rimbaud, first published partially in La Vogue, a Paris literary review, in May–June 1886. The texts were reprinted in book form in October 1886 by Les publications de La Vogue under the title Les Illuminations proposed by the poet Paul Verlaine, Rimbaud's former lover. In his preface, Verlaine explained that the title was based on the English word illuminations, in the sense of coloured plates, and a sub-title that Rimbaud had already given the work. Verlaine dated its composition between 1873 and 1875.Rimbaud wrote the majority of poems comprising Illuminations during his stay in the United Kingdom with Verlaine at his side. The texts follow Rimbaud's peregrinations in 1873 from Reading where he had hoped to find steady work, to Charleville and Stuttgart in 1875.
Read more or edit on Wikipedia