Scott Thorson (born January 23, 1959) is an American known for his relationship with and lawsuit against the entertainer Liberace. Since 2008, he has had multiple criminal convictions and has been under the supervision of the Nevada Department of Corrections system.
Read more or edit on Wikipedia

Behind the Candelabra: My Life with Liberace 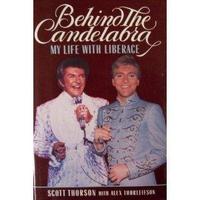