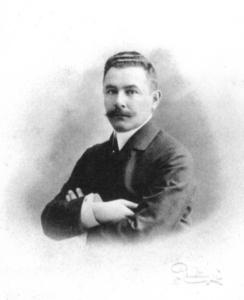 Siegfried Trebitsch (1868–1956) was an Austrian playwright, translator, novelist and poet. Though prolific as a writer in various genres, he was best known for his German translations, especially of the works of the Irish playwright George Bernard Shaw, with whom he kept up a long and detailed correspondence. He is also known for translations of French writers, especially Georges Courteline.
Read more or edit on Wikipedia