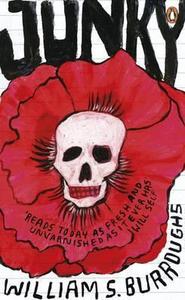 See Junk (novel) for the book of similar title by Melvin Burgess.Junkie: Confessions of an Unredeemed Drug Addict (originally titled Junk, later released as Junky) is a novel by American beat generation writer William S. Burroughs, published initially under the pseudonym William Lee in 1953. His first published work, it is semi-autobiographical and focuses on Burroughs' life as a drug user and dealer. It has come to be considered a seminal text on the lifestyle of heroin addicts in the early 1950s.
Read more or edit on Wikipedia