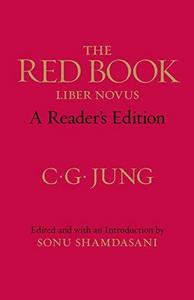 The Red Book: Liber Novus is a red leather‐bound folio manuscript crafted by the Swiss psychiatrist Carl Gustav Jung between 1915 and about 1930. It recounts and comments upon the author's psychological experiments between 1913 and 1916, and is based on manuscripts (journals), known as Black Books, first drafted by Jung in 1913–15 and 1917. Despite being nominated as the central work in Jung's oeuvre, it was not published or made otherwise accessible for study until 2009. In October 2009, with the cooperation of Jung's estate, The Red Book was published by W. W. Norton in a facsimile edition, complete with an English translation, three appendices, and over 1500 editorial notes. Editions and translations in several other languages soon followed. In December 2012, Norton additionally released a "Reader's Edition" of the work; this smaller format edition includes the complete translated text of The Red Book along with the introduction and notes prepared by Sonu Shamdasani, but it omits the facsimile reproduction of Jung's original calligraphic manuscript.While the work has in past years been descriptively called simply "The Red Book", Jung did emboss a formal title on the spine of his leather-bound folio: he titled the work Liber Novus (in Latin, the "New Book"). His manuscript is now increasingly cited as Liber Novus, and under this title implicitly includes draft material intended for but never finally transcribed into the red leather folio proper.
Read more or edit on Wikipedia