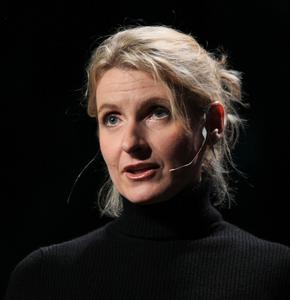 Elizabeth Gilbert (born July 18, 1969) is an American journalist and author. She is best known for her 2006 memoir, Eat, Pray, Love, which has sold over 12 million copies and has been translated into over 30 languages. The book was also made into a film of the same name in 2010.
Read more or edit on Wikipedia