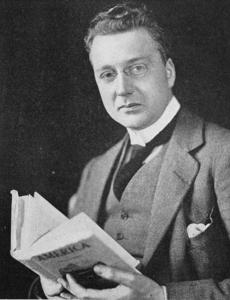 St John Greer Ervine (28 December 1883 – 24 January 1971) was an Irish biographer, novelist, critic, dramatist, and theatre manager. He was the most prominent Ulster writer of the early twentieth century and a major Irish dramatist whose work influenced the plays of W.B. Yeats and Sean O'Casey. The Wayward Man was among the first novels to explore the character, and conflicts, of Belfast.
Read more or edit on Wikipedia