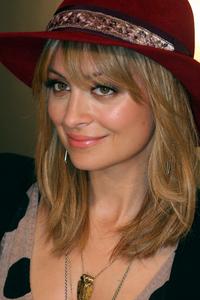 Nicole Camille Richie (née Escovedo; born September 21, 1981) is an American television personality, fashion designer, and actress. She came to prominence after appearing in the reality television series The Simple Life (2003–2007), in which she starred alongside her childhood friend and fellow socialite Paris Hilton. Richie's personal life attracted media attention during the series' five-year run and thereafter. Following the conclusion of The Simple Life, Richie continued her career in television, appearing as one of the three judges on the reality competition series Fashion Star (2012–2013). She later starred in the unscripted comedy series Candidly Nicole (2014–2015), which ran for two seasons. From 2017 to 2018, Richie starred in her first series regular acting role as Portia Scott-Griffith in the sitcom Great News. In 2020, she became a judge on the reality competition series Making the Cut. In fashion, she is the founder of the lifestyle brand House of Harlow. Richie has also published two novels.
Read more or edit on Wikipedia