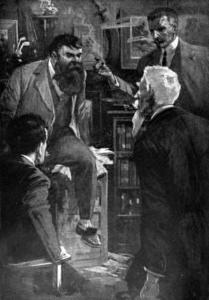 George Edward Challenger is a fictional character in a series of fantasy and science fiction stories by Sir Arthur Conan Doyle. Unlike Conan Doyle's self-controlled, analytical character, Sherlock Holmes, Professor Challenger is an aggressive, hot-tempered, dominating figure. Like Sherlock Holmes, Professor Challenger was based on a real person—in this case, an explorer named Percy Fawcett, who was Conan Doyle's friend, and a professor of physiology named William Rutherford, who had lectured at the University of Edinburgh while Conan Doyle studied medicine there.
Read more or edit on Wikipedia 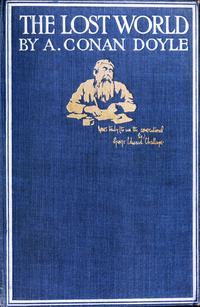 The Land of Mist 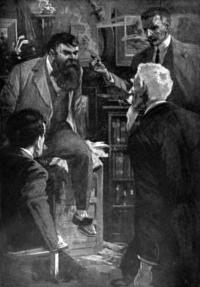