Ricky Dene Gervais ( jer-VAYS; born 25 June 1961) is an English comedian, actor, writer, and director. He is perhaps best known for co-creating, writing, and acting in the British television series The Office (2001–2003). He has won seven BAFTA Awards, five British Comedy Awards, two Emmy Awards, three Golden Globe Awards, and the Rose d'Or twice (2006 and 2019), as well as a Screen Actors Guild Award nomination. In 2007, he was placed at No. 11 on Channel 4's 100 Greatest Stand-Ups and at No. 3 on the updated 2010 list. In 2010, he was named on the Time 100 list of the world's most influential people.Gervais initially worked in the music industry, attempting a career as a pop star in the 1980s as the singer of the new-wave act Seona Dancing and working as the manager of the then unknown band Suede before turning to comedy. Gervais appeared on The 11 O'Clock Show on Channel 4 between 1998 and 2000, garnering a reputation as a blunt and often controversial social critic. In 2000, he was given a Channel 4 spoof talk show, Meet Ricky Gervais. He achieved greater mainstream fame the following year with his BBC television mock documentary series The Office. It was followed by Extras in 2005. He co-wrote and co-directed both programmes with Stephen Merchant. In addition to writing and directing the shows, he played the lead roles of David Brent in The Office and Andy Millman in Extras. He starred in 2016 comedy film David Brent: Life on the Road, which he also wrote and directed.Gervais began his stand-up career in the late 1990s. He has performed five multi-national stand-up comedy tours, and he wrote the Flanimals book series. Gervais, Merchant, and Karl Pilkington created the podcast The Ricky Gervais Show, which has spawned various spin-offs starring Pilkington and produced by Gervais and Merchant. Gervais has also starred in the Hollywood films Ghost Town, the Night at the Museum trilogy, For Your Consideration, and Muppets Most Wanted. He wrote, directed, and starred in The Invention of Lying and the Netflix-released Special Correspondents. He hosted the Golden Globe Awards in 2010, 2011, 2012, 2016, and again in 2020. Gervais also appears on the game show Child Support. Currently, Gervais is credited as the creator, executive producer, director, and writer for the Netflix comedy series After Life, where he plays the lead role of Tony Johnson.
Read more or edit on Wikipedia

Flanimals: The Day of the Bletchling

Flanimals of the Deep 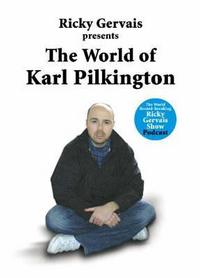 The World of Karl Pilkington 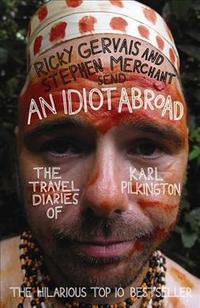 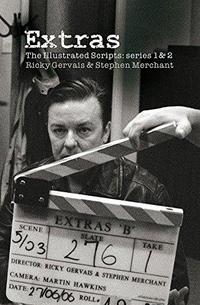