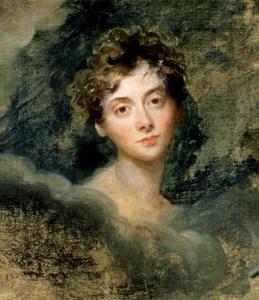 Lady Caroline Lamb (née Ponsonby; 13 November 1785 – 25 January 1828) was an Anglo-Irish aristocrat and novelist, best known for Glenarvon, a Gothic novel. In 1812 she had an affair with Lord Byron, whom she described as "mad, bad, and dangerous to know". Her husband was The Hon. William Lamb, who after her death became British prime minister.
Read more or edit on Wikipedia