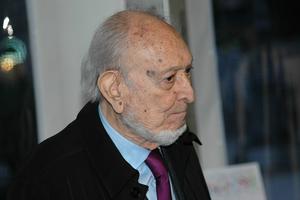 Josep Maria Castellet Díaz de Cossío (15 December 1926 – 9 January 2014), also known as José María Castellet, was a Spanish Catalan writer, poet, literacy critic, publisher and editor. Born in Barcelona, he began his career in writing in 1955, and wrote novels and poetry in both Catalan and Spanish. His final novel was published in 2012.He played an outstanding role in the Spanish and Catalan culture life of the second half of the 20th century. He was the chief editor of the publishing house Edicions 62 (1964–1996) and afterwards president of the Grup 62. He was the founder and first president of the Associació d'Escriptors en Llengua Catalana (Catalan writers association), a board member of the Comunità europea degli scrittori, the Prix international de Littérature jury and the dean of the Institució de les Lletres Catalanes (Institution of Catalan letters). Josep Maria Castellet died on 9 January 2014, aged 87, in his hometown of Barcelona.
Read more or edit on Wikipedia