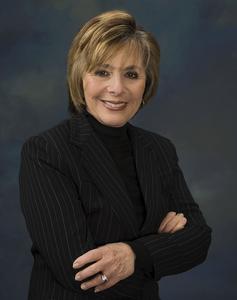 Barbara Sue Levy Boxer (born November 11, 1940) is a retired American politician and lobbyist who served as a United States Senator from California from 1993 to 2017. A member of the Democratic Party, she previously served as the U.S. Representative for California's 6th congressional district from 1983 until 1993. Born in Brooklyn, New York City, Boxer graduated from George W. Wingate High School and Brooklyn College. She worked as a stockbroker for several years before moving to California with her husband. During the 1970s, she worked as a journalist for the Pacific Sun and as an aide to U.S. Representative John L. Burton. She served on the Marin County Board of Supervisors for six years and became the board's first female president. With the slogan "Barbara Boxer Gives a Damn", she was elected to the United States House of Representatives in 1982, representing California District 6. Boxer won the 1992 election for the U.S. Senate. Running for a third term in 2004, she received 6.96 million votes, becoming the first person to ever get more than 6 million votes in a Senate election and set a record for the most votes in any U.S. Senate election in history, until her colleague, Dianne Feinstein, the senior senator from California, surpassed that number in her 2012 re-election. Boxer and Feinstein were the first female pair of U.S. Senators representing any state at the same time. Boxer was the ranking member of the Environment and Public Works Committee and the vice chair of the Select Committee on Ethics. She was also the Democratic Chief Deputy Whip. Boxer did not seek re-election in 2016. She was succeeded by former California Attorney General Kamala Harris. In January 2020, Boxer joined Washington, D.C.-based lobbying firm Mercury Public Affairs as co-chairwoman.
Read more or edit on Wikipedia

A Time to Run