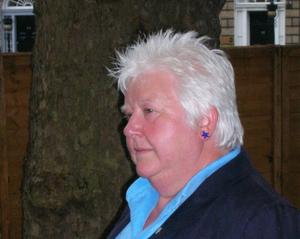 Val McDermid, (born 4 June 1955) is a Scottish crime writer, best known for a series of novels featuring clinical psychologist Dr. Tony Hill in a grim sub-genre that McDermid and others have identified as Tartan Noir. At Raith Rovers football stadium, a stand has been named after McDermid.
Read more or edit on Wikipedia