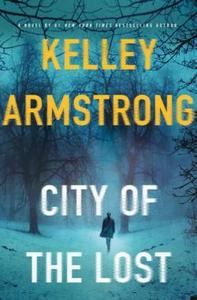 City of the Lost

City of the Lost is a 2016 crime fiction novel written by Kelley Armstrong. It follows homicide detective Casey Duncan in the hidden Rockton, a small, off-the-grid town in the wilderness of the Canadian Yukon where people go when they wish to disappear. After fleeing to the town with her best friend Diana, Casey begins to investigate a string of grisly murders as she attempts to uncover the killer in their midst. It was published in May 2016. In June 2018, it was announced that Temple Street Productions had acquired television rights for the Rockton series which begins with City of the Lost.
Read more or edit on Wikipedia