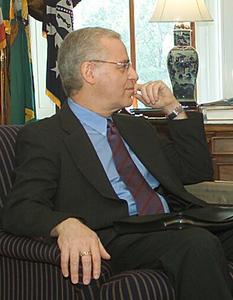 Ronald Chernow (; born March 3, 1949) is an American writer, journalist, popular historian, and biographer. He has written bestselling and award-winning biographies of historical figures from the world of business, finance, and American politics. He won the 2011 Pulitzer Prize for Biography and the 2011 American History Book Prize for his 2010 book Washington: A Life. He is also the recipient of the National Book Award for Nonfiction for his 1990 book The House of Morgan: An American Banking Dynasty and the Rise of Modern Finance. His biographies of Alexander Hamilton (2004) and John D. Rockefeller (1998) were both nominated for National Book Critics Circle Awards, while the former served as the inspiration for the popular Hamilton musical, for which Chernow worked as a historical consultant. Another book, The Warburgs: The Twentieth-Century Odyssey of a Remarkable Jewish Family, was honored with the 1993 George S. Eccles Prize for Excellence in Economic Writing. As a freelance journalist, he has written over sixty articles in national publications.
Read more or edit on Wikipedia