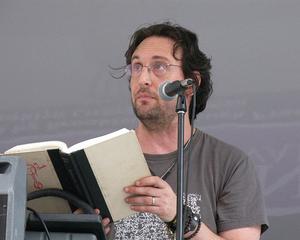 Charles Bock (born 1969) is an American writer whose debut 2008 novel Beautiful Children (published by Random House) was selected by The New York Times as a Notable Book of the Year for 2008, and won the 2009 Sue Kaufman Prize for First Fiction from the American Academy of Arts and Letters. He currently lives in Brooklyn, New York.
Read more or edit on Wikipedia