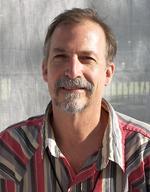 Daniel Wallace (born 1959) is an American author. He is best known for his 1998 novel Big Fish: A Novel of Mythic Proportions. His other books include Ray in Reverse and The Watermelon King. His stories have also been published in a number of anthologies and magazines, including The Year's Best Fantasy and Horror. Source: Wikipedia (en)