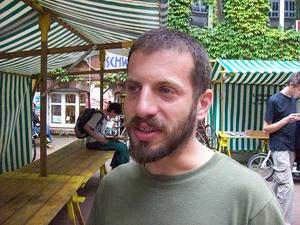 Uri Gordon (Hebrew: אורי גורדון‎; born August 30, 1976) is an Israeli anarchist political theorist, activist and journalist. He is formerly Lecturer in political theory at Durham University, the University of Nottingham and Loughborough University in the UK and at the Arava Institute for Environmental Studies in Ketura, Israel. One of several anarchist theorists to come of age during the anti-globalization movement at the turn of the 21st century, his work on contemporary anarchism has been widely cited and translated into 13 languages.Gordon has worked with radical groups and movements including Indymedia, Peoples' Global Action, and Anarchists Against the Wall. Active primarily in Britain and his native Israel, Gordon has participated in protests at international summits across Europe, and played a part in the 2011 Israeli social justice protests. His first book Anarchy Alive!, was based on his PhD research at Oxford University. He has published critiques of prefigurative politics, nationalism and multiculturalism, and edited a collection of writings by activists in Anarchists Against the Wall. He has also published several op-eds in Israeli newspapers.
Read more or edit on Wikipedia 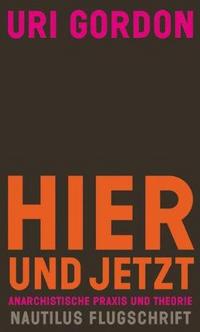