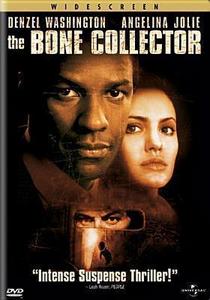 The Bone Collector is a 1997 thriller novel by Jeffery Deaver. The book introduces the character of Lincoln Rhyme, a quadriplegic forensic criminalist. It was adapted into a film of the same name in 1999. A pilot for a television series based on the novel was ordered by NBC in 2019. Though the pilot was made available through some services on January 1, 2020, it made its broadcast premiere on January 10, 2020.
Read more or edit on Wikipedia