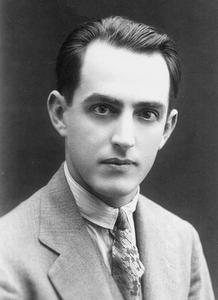 Júlio César de Mello e Souza (Rio de Janeiro, May 6, 1895 – Recife, June 18, 1974), was a Brazilian writer and mathematics professor. He is well known in Brazil and abroad by his books on recreational mathematics, most of them published under the pen names of Malba Tahan and Breno de Alencar Bianco. He wrote 69 books of tales and 51 of mathematics and other subjects, which by 1995 had sold over two million books. His most famous work, The Man Who Counted, saw its 54th printing in 2001. Júlio César's most popular books, including The Man Who Counted, are collections of mathematical problems, puzzles, and curiosities, embedded in tales inspired by the Arabian Nights. He thoroughly researched his subject matters — not only the mathematics, but also the history, geography, and culture of the Islamic Empire which was the backdrop and connecting thread of his books. Yet Júlio César's travels outside Brazil were limited to short visits to Buenos Aires, Montevideo, and Lisbon: he never set foot in the deserts and cities which he so vividly described in his book. Júlio César was very critical of the educational methods used in Brazilian classrooms, especially for mathematics. "The mathematics teacher is a sadist," he claimed, "who loves to make everything as complicated as possible." In education, he was decades ahead of his time, and today his proposals are still more praised than implemented. For his books, Júlio César received a prize by the prestigious Brazilian Literary Academy and was made a member of the Pernambuco Literary Academy. The Malba Tahan Institute was founded in 2004 at Queluz to preserve his legacy. The State Legislature of Rio de Janeiro determined that his birthday, May 6, be commemorated as the Mathematician's Day.
Read more or edit on Wikipedia