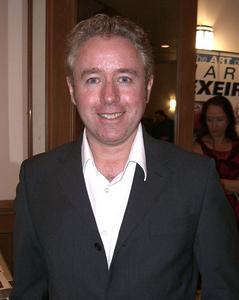 Mark Millar (; born 24 December 1969) is a Scottish comic book writer, known for his work on The Authority, Swamp Thing, the Ultimates, Marvel Knights Spider-Man, Ultimate Fantastic Four, Civil War, Kingsman: The Secret Service, Wanted, Chrononauts, Superior and Kick-Ass, the latter seven of which have been, or are planned to be, adapted into feature films. His DC Comics work includes Superman: Red Son. At Marvel Comics he created The Ultimates, selected by Time magazine as the comic book of the decade, and described by screenwriter Zak Penn as a major inspiration for 2012's The Avengers movie. Millar wrote Civil War and "Wolverine: Old Man Logan", two of Marvel's biggest-selling storylines. The former inspired the 2016 Marvel Studios film Captain America: Civil War, while the latter was the inspiration for the 2017 20th Century Fox film Logan.Millar has been an executive producer on all of his films, and for four years worked as a creative consultant to Fox Studios on their Marvel slate of films. In 2017, Netflix bought Millar's comic line, Millarworld, which Millar and his wife Lucy would continue to run, publishing new comics and adapting them for other media.
Read more or edit on Wikipedia