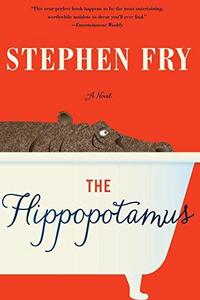 The Hippopotamus (1994) is a comic novel by Stephen Fry. Written in part as an epistolary novel, it is largely narrated by the main character Edward "Ted" Wallace. Wallace is an alcoholic washed-up poet and theatre critic who, having been fired from his newspaper job, accepts a lucrative commission from his terminally ill goddaughter to investigate rumours of miracle healings at Swafford Hall, country mansion of Wallace's old friend Lord Logan.
Read more or edit on Wikipedia