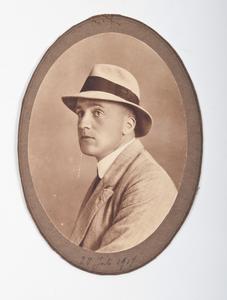 "Nescio", Latin for "I don't know", was the pen name of Dutch writer Jan Hendrik Frederik Grönloh, who was born on June 22, 1882, in Amsterdam and died on July 25, 1961, in Hilversum, also in the Netherlands. Grönloh was a businessman by profession, but as Nescio he is mainly remembered for the three novellas De uitvreter (The Freeloader), Titaantjes (Little Titans) and Dichtertje (Little Poet). His reputation as an important Dutch writer was only established after his death.
Read more or edit on Wikipedia