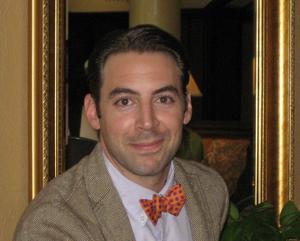 Peter T. Leeson (born July 29, 1979) is the Duncan Black Professor of Economics and Law at George Mason University. Big Think listed him among "Eight of the World's Top Young Economists," and IDEAS/RePEc ranks him among the top 5% of economists in the world. He is a Fellow of the Royal Society of Arts.Leeson is known for extending rational choice theory into unusual domains, such as to the study of bizarre rituals and superstitions, and to the behavior of Caribbean pirates. Steven Levitt has described Leeson's work as "Freakonomics on steroids" and described Leeson as "one of the most creative young economists around." Previously, he held faculty positions at West Virginia University and the University of Chicago.
Read more or edit on Wikipedia

An‐arrgh‐chy: The Law and Economics of Pirate Organization ( 2007 )