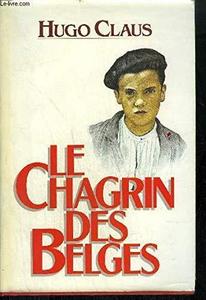 The Sorrow of Belgium

The Sorrow of Belgium (Dutch: Het verdriet van België) is a 1983 novel by the Belgian author Hugo Claus (1929–2008). The book, widely considered Claus's most important work and "the most important Dutch-language novel of the twentieth century", is a bildungsroman which explores themes around politics and growing up in Flanders around World War II. It has been described as "one of the great novels of postwar Europe".The Sorrow of Belgium explores the childhood and youth of Louis Seynaeve, a Flemish schoolboy living in the region of Kortrijk during World War II when Belgium was under German occupation. The novel itself is a bildungsroman formed from two sections: "The Sorrow" (Het verdriet); 27 numbered chapters with titles "of Belgium" (van België); text not divided in chapters.The work was first published in an English translation by Arnold J. Pomerans in 1994. It was also made into a mini-series the same year.
Read more or edit on Wikipedia