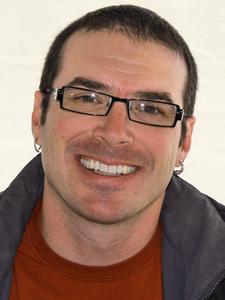 Paolo Tadini Bacigalupi (born August 6, 1972 in Paonia, Colorado) is an American science fiction and fantasy writer. He has won the Hugo, Nebula, John. W. Campbell, Compton Crook, Theodore Sturgeon, and Michael L. Printz awards, and has been nominated for the National Book Award. His fiction has appeared in The Magazine of Fantasy & Science Fiction, Asimov's Science Fiction, and the environmental journal High Country News. Nonfiction essays of his have appeared in Salon.com and High Country News, and have been syndicated in newspapers, including the Idaho Statesman, the Albuquerque Journal, and the Salt Lake Tribune. Bacigalupi's short fiction has been collected in the anthology Pump Six and Other Stories (Night Shade Books, 2008). His debut novel The Windup Girl, also published by Night Shade Books in September 2009, won the Hugo, Nebula, and John W. Campbell Memorial Awards in 2010. The Windup Girl was also named by Time as one of the Top 10 Books of 2009. Ship Breaker, published by Little, Brown in 2010, was awarded the Michael L. Printz Award for the "best book written for teens", and was nominated for the National Book Award for Young People's Literature.
Read more or edit on Wikipedia