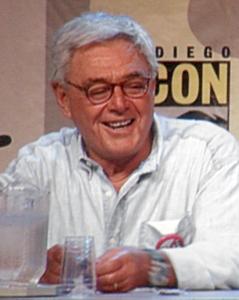 Richard Donner (born Richard Donald Schwartzberg; April 24, 1930 – July 5, 2021) was an American filmmaker whose notable works included some of the most financially-successful films of the 1970s and 1980s. According to film historian Michael Barson, Donner was "one of Hollywood's most reliable makers of action blockbusters". His career spanned over 50 years, crossing multiple genres and filmmaking trends. Donner began his career as a television director, helming episodes of series like The Man from U.N.C.L.E., The Fugitive, and The Twilight Zone. He made his film debut with the low-budget aviation drama X-15 (1961), but had his critical and commercial breakthrough with the horror film The Omen (1976). He directed the landmark superhero film Superman (1978), starring Christopher Reeve, and went on to direct films such as The Goonies (1985) and Scrooged (1988), while reinvigorating the buddy film genre with the Lethal Weapon film series. He and his wife, producer Lauren Shuler Donner, owned the production company The Donners' Company (formerly Donner/Shuler Donner Productions), best known for producing the Free Willy and X-Men franchises. Donner also produced the Tales from the Crypt television series, and co-wrote several comic books for Superman publisher DC Comics. In 2000, he received the President's Award from the Academy of Science Fiction, Fantasy & Horror Films.
Read more or edit on Wikipedia