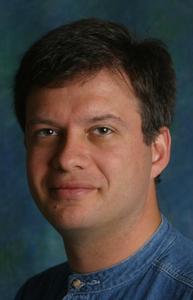 Andy Hunt (sometimes credited as Andrew Hunt) is a writer of books on software development. Hunt co-authored The Pragmatic Programmer, ten other books and many articles, and was one of the 17 original authors of the Agile Manifesto. He and partner Dave Thomas founded the Pragmatic Bookshelf series of books for software developers. He also plays the trumpet, flugel horn, and keyboards and produces music at Strange & Special Air Productions.
Read more or edit on Wikipedia